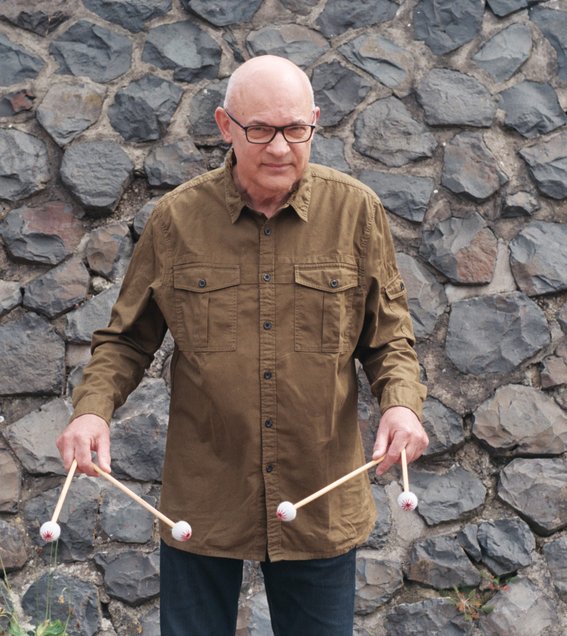 Hein de Jong is a Dutch vibraphonist, composer and educator.

He grew up in a musical environment and started out playing the snare drum in local brass bands. The piano at home didn’t remain untouched either and soon enough he exchanged his snare drum for a full drum set to play in pop and rock bands. This all contributed to his broad musical curiosity and abilities.

While studying classical percussion at the conservatory of Arnhem he attended a masterclass by jazz vibraphonist David Friedman. From then on he knew the vibraphone would be his main instrument. After graduating in Arnhem he went to the conservatory of Hilversum to study jazz music. In 1988 he left for New York with a scholarship to study with Dave Samuels. He also enjoyed masterclasses in Amsterdam, Rotterdam and Vienna with both Friedman and Samuels.

In the years to follow Hein appeared in countless international concerts, radio, TV and recording sessions. Notable was his appearance on national television with Rush Hour in 1989 during the Pall Mall Swing Award in the Concertgebouw of Amsterdam, in which Hein received the award for best soloist. Also in 1989 Hein played with ‘Friends of Swing’ at the Warschau Jazzfestival, not only was the group awarded but Hein again was entitled best soloist.

As a leader Hein recorded 3 albums, ‘’Get it got it Good’’ , ‘’Tribute to the Modern Jazz Quartet’’

and in collaboration with his son and pianist Jetse de Jong 2021 saw the release of ''Horace''.

Over the years Hein played with numerous musicians, among them: